More than ever before, Christians need to be grounded in the truths of God’s Word and be prepared to articulate them in a winsome manner. By applying the Bible and the historical teachings of the church to a wide range of relevant issues—including voting, religious liberty, abortion, marriage, and sexuality—the Biblical Worldview Series helps Christians fulfill the exhortation of 1 Peter 3:15 to always be prepared to make a defense for what we believe. 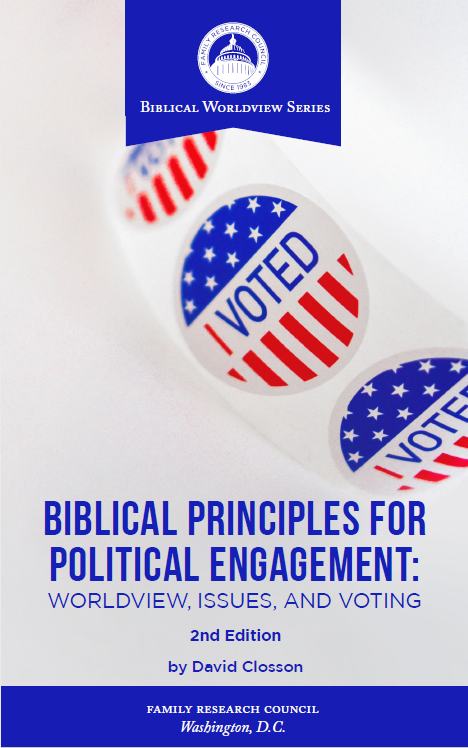 Politics, properly understood, is about how groups of humans organize their affairs. By examining God’s Word and exploring the divinely-instituted role of government, this publication explains why Christians ought to be politically engaged and how to do so in a manner consistent with a biblical worldview. It also offers advice to pastors on navigating sensitive moral questions and shepherding their congregations well.

We live in a time of acute political polarization, exacerbated every election cycle by a 24-hour barrage of candidate advertisements on every communication platform. Unfortunately, the toxic tone and extremely partisan nature of our political system discourage many Christians from studying what the Bible teaches about government and considering how faith should inform one's view of politics. Thus, it is no surprise that withdrawing from the political process has become a temptation for many Christians. After all, if God is sovereign and controls the heart of the king (Prov. 21:1), do we really need to get involved in the messy world of politics? Because political engagement can be divisive, shouldn’t Christians abandon politics and direct their energies toward more spiritual pursuits?

Christians are called to honor God in every area of their lives. Therefore, we should seek to submit everything to the Lord, including our political engagement. Engaging in politics is not only unavoidable, it is also an opportunity to obey God and show love to our neighbors. American Christians, with our right to vote, have a unique opportunity and duty to affect the political process. To that end, the goal of this publication is to help Christians filter all issues, candidates, and party platforms through a biblical worldview and encourage God-honoring, faithful political engagement. 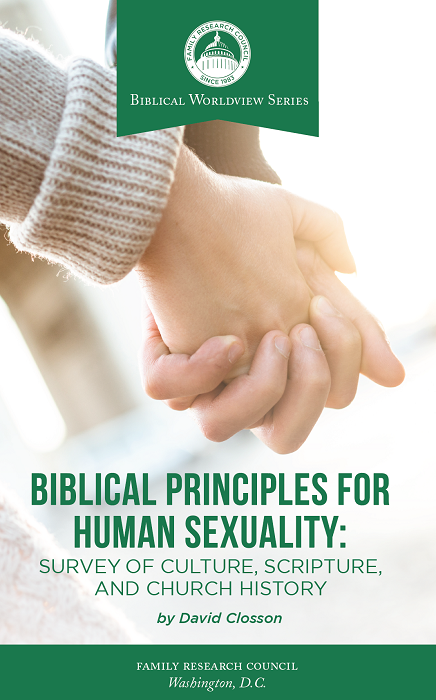 Our culture increasingly regards Christian sexual ethics as bigoted and outdated. By surveying key passages of Scripture and consulting the wisdom of theologians throughout church history, this publication helps Christians who are committed to God's Word respond to our culture’s modern objections to the church's historic teaching on human sexuality and marriage.

The rapidly changing moral landscape of the twenty-first century presents a daunting challenge for Christians committed to biblical sexual ethics. In a relatively short amount of time, the moral framework undergirding Western culture has been upended, and a revolution in morality has overturned centuries of norms concerning the family, marriage, and human sexuality.

But secular culture is not the only challenger of Christian sexual ethics. Increasingly, theologically liberal churches and denominations are raising objections to the church's historic teaching on marriage. These denominations insist that the Bible allows for a wide range of interpretations. As a result, Christians—and especially pastors—face mounting pressure to compromise or at least downplay the Bible's teaching on human sexuality.

The moral revolution has raised questions and challenged long-standing presuppositions about sexuality. How should Christians who are committed to God's Word and a biblical sexual ethic respond? What responsibility do pastors and those called to shepherd the church have when it comes to these contested issues? What does the Bible teach about marriage and homosexuality? How can Christians practice a biblical ethic that is marked by both truth and love?

This publication will help today's Christians answer these questions by surveying key passages of Scripture that speak directly to human sexuality, as well as consulting the wisdom of pastors and theologians throughout church history. 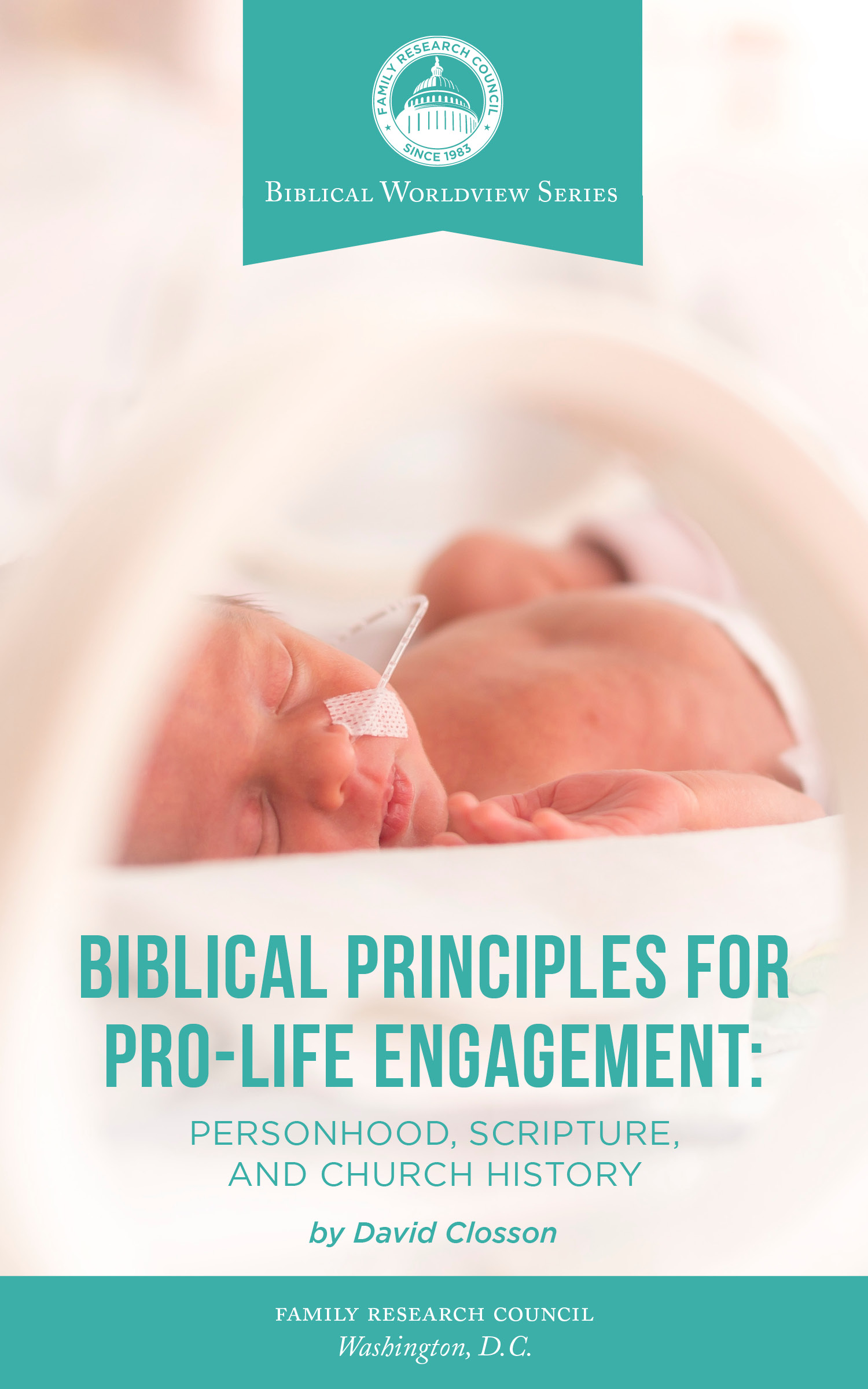 Does the Bible teach that life begins at conception or birth? Is abortion murder? On these questions and others, we believe the Bible has a clear word. By surveying key passages of Scripture and consulting the wisdom of theologians throughout church history, this publication helps Christians think biblically about abortion and the question of personhood.

Abortion is one of the most contentious and sensitive moral and political questions in America. Instead of settling the issue in 1973, the Supreme Court set off a decades-long debate when they decided that abortion was protected by an implied “right to privacy” in the United States Constitution. Since that decision, abortion has remained a mainstay in American public discourse and is frequently a decisive issue in political campaigns.

Recently, changes in the composition of the Supreme Court, a flurry of new abortion laws, and the leftward lurch of the Democrat Party have brought abortion to the fore of the national conversation. Moreover, there has been a renewed effort in theologically liberal Christian circles to argue that the Bible does not oppose abortion.

In light of these arguments, and the continued prominence of abortion in American culture, it is crucial for Christians to know what the Bible actually says about the issue of abortion. Does the Bible teach that life begins at conception or birth? Is abortion murder? On these questions and others, we believe the Bible has a clear word. Therefore, it is the goal of this publication to present the Bible’s teaching on the issue of abortion. Furthermore, and perhaps surprising to many, the church has grappled with this debate for centuries, and thus has resources from which to articulate a faithful response.

This publication presents an examination of the relevant passages in the Bible that inform how a Christian should think about abortion, the question of “personhood,” and a survey of how prominent church leaders have interpreted these passages throughout history. 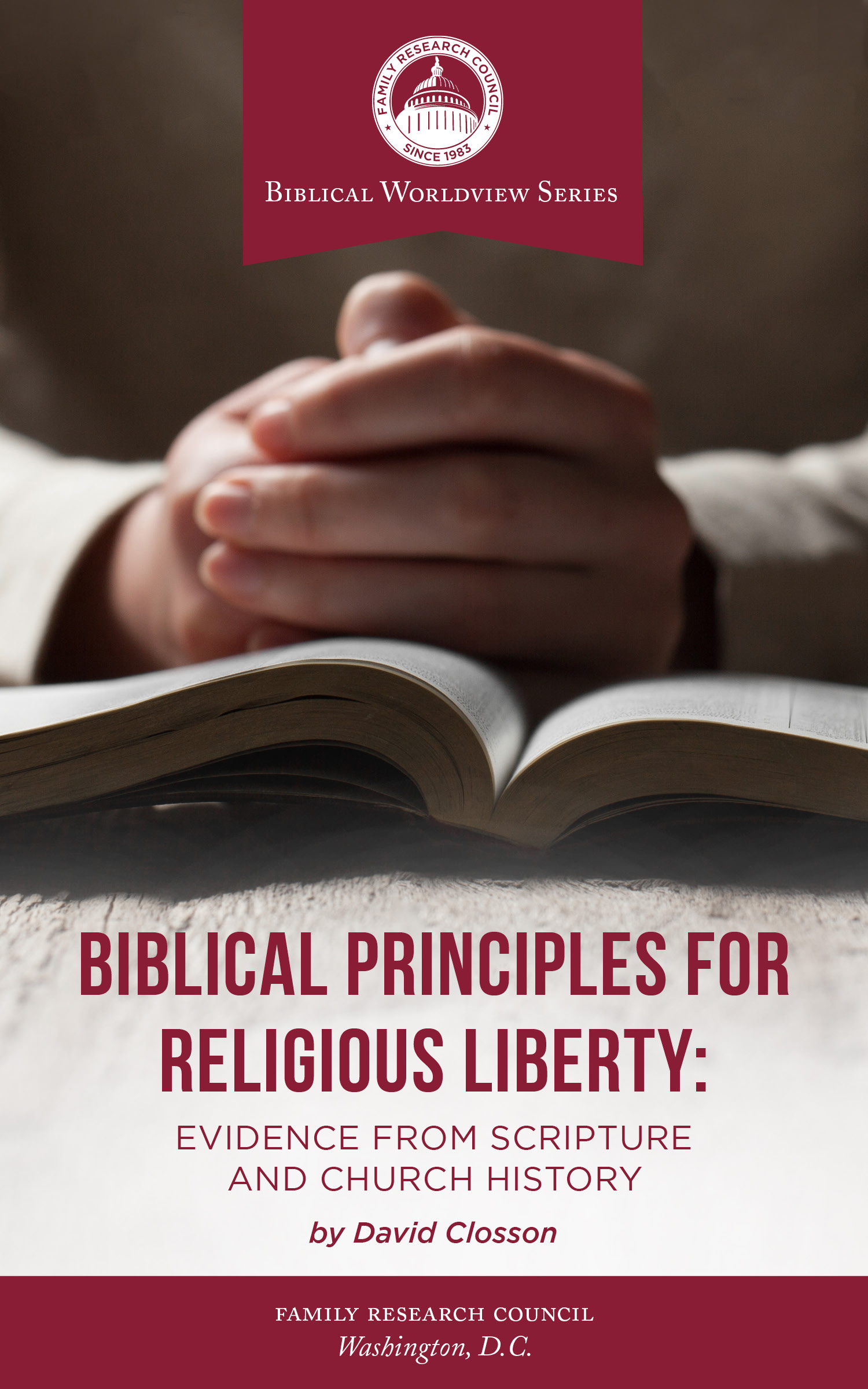 Religious liberty is the freedom to hold religious beliefs of one’s choosing and to live in accordance with those beliefs. By citing evidence from key passages of Scripture and consulting the wisdom of Christian leaders and thinkers throughout history, this publication explains why the Bible can be understood to provide a strong theological foundation for supporting religious liberty and conscience protection.

Religious liberty is one of the most important yet misunderstood issues in America. The term often appears in conversations surrounding LGBT rights and the push to normalize same-sex marriage. Advocates for strong religious liberty protections are often described as intolerant and labeled “bigots.” For those familiar with the history of religious liberty in the United States, this recent phenomenon is alarming, because religious liberty, until recently, was uncontroversial and embraced by an overwhelming majority of Americans.

Because of the growing perception that religious liberty advocacy is a pretense for codifying prejudice and bigotry into law, Christians need to articulate with greater clarity and persuasiveness why we support religious liberty and why we believe all people are served when everyone’s religious beliefs and practices are protected.

In this publication, it will be argued that the Bible supports an expansive view of religious liberty. This is seen in the Bible’s use of persuasion, not coercion, as the means of drawing followers to Christ. Moreover, the Bible presents faith as a spiritual reality that cannot be forced on people if it is to be genuine. This is why the Bible envisions a society where religious liberty is respected and individuals make their own choices when it comes to religion.

These ideas will be unpacked in two primary areas: (1) key biblical texts that support a broad understanding of religious freedom, and (2) key theological arguments based on those texts—specifically those made by Roger Williams, which help illustrate how Christians applied the Bible’s teaching on religious liberty during an era when this freedom was denied to religious minorities in the American colonies and around the world.